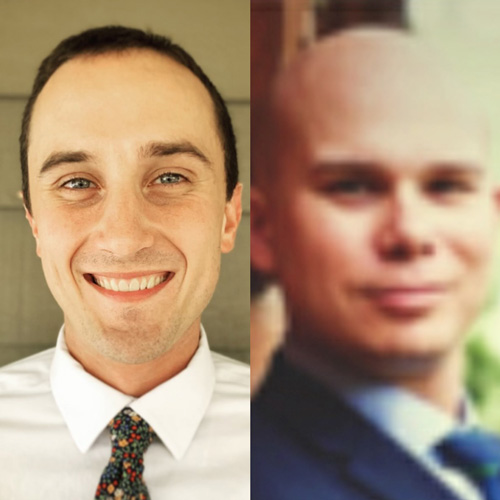 Dr. Mark Burton is an assistant faculty member in the Department of Psychiatry and Behavioral Sciences at the Emory University School of Medicine and is a clinician and clinical researcher within the Emory Healthcare Veterans Program. Mark completed his graduate training at Case Western Reserve University in Cleveland, Ohio, where he studied mechanisms of evidence-based treatment for Posttraumatic Stress Disorder. At the Emory Healthcare Veterans Program, Mark’s clinical work is focused on treating Veterans and Servicemember with PTSD and other invisible wounds. His research is focused on better understanding why trauma-focused treatments work, who is most likely to benefit from them, and how to improve treatment efficacy, retention, and access.

Shaun joined the United States Army in 2001. After finishing active duty, he transitioned into the Army Reserve and attended Auburn University, where he earned a Bachelor of Science in international business (cum laude). Upon graduation, he was commissioned into the Army National Guard as an engineer officer. He later deployed to Iraq in support of Operation Iraqi Freedom. In 2010, he attended the Georgia State University College of Law. After completion of his Juris Doctor, he worked as a veteran recruitment specialist for Victory Media and helped universities and Fortune 1000 companies build strong veteran recruitment programs. In 2015, Shaun joined Hire Heroes USA to be an advocate for transitioning service members and military spouses. In 2017, Shaun joined the EHVP team.