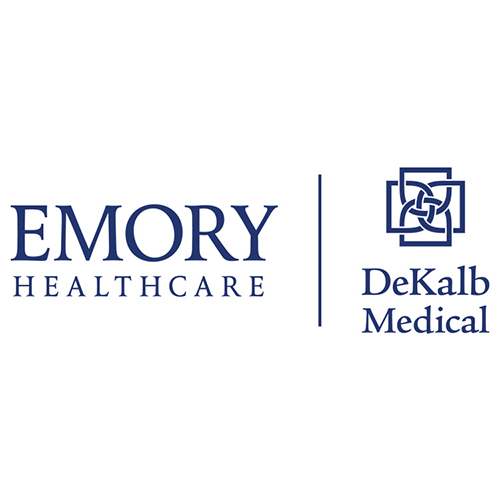 DeKalb Medical officially became a part of the Emory Healthcare system on September 1, 2018. As part of the integration, DeKalb Medical’s hospital on North Decatur Road is now named Emory Decatur Hospital; DeKalb Medical Hillandale is now Emory Hillandale Hospital; DeKalb Medical Long-Term Acute Care at Downtown Decatur is named Emory Long-Term Acute Care. Forstner, who has served as the executive vice president and chief operating officer of DeKalb Medical since 2016, has been named CEO of the three newest hospitals. He was an honors undergraduate at UNC Chapel Hill, earning a Bachelor of Science in Health Policy and Administration. He went on to earn a Master’s of Science in health policy, planning, and financing from the University of London’s School of Economics. He worked for two years at UNC Memorial and three years as a Senior Consultant for Arthur Anderson and BearingPoint Consulting in revenue management prior to joining DeKalb Medical.

Frank W. Brown, M.D. oversees the development and maintenance of quality of care processes within the Department of Psychiatry and Behavioral Sciences and at the Emory Wesley Woods Hospital. Dr. Brown is the Chief Quality Officer at Emory University Hospital.  Dr. Brown is also a practicing geriatric psychiatrist.