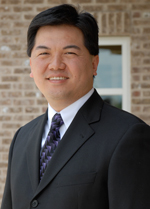 Dr. Yong S. Kim has served the Gwinnett community since 1999. He graduated from the Emory School of Medicine in 1997 and finished his residency program with the Rome/Floyd County Family Medicine in 1999. He also received certification in acupuncture from UCLA in 2002. Dr. Kim is a participating member of the American Academy of Family Medicine (AAFP), the Georgia Academy of Family Practice (GAFP), American Academy of Medical Acupuncture (AAMA), and the Christian Medical and Dental Association (CMDA).

Furthermore, Dr. Kim’s family moved from Seoul, South Korea to the United States in 1980. He spent his formative years in New York City and Bainbridge, Georgia, before moving to Atlanta. There he pursued a double B.A. major in music and pre-med at Emory University. As a side note, he speaks English, Korean, and Spanish.

In 2001, he married, Melissa Post Kim, a native of Atlanta (Tucker). Twins, Derek & Madeline were born as healthy preemies in May 2004. Then, another healthy daughter, Julianne, came in September 2005! Adjusting to marriage and parenthood has only enhanced Dr. Kim’s family medical skills.

Dr. Kim started his solo practice in March 2004 in Lilburn, Georgia. Now he is settled in his own building in Snellville with hopes to continue to serve for many, many, many years to come! In 2010, he was elected to serve as a member on the Eastside Board of Trustees. He also joined the Board in 2012 for the Gwinnett Community Clinic.