This week, Dr. Slade Lail will join us in studio to discuss teeth, dental hygiene, and more. 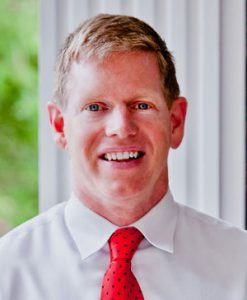 For over 18 years, Dr. Slade Lail has been practicing dentistry in Duluth, Georgia. He is the owner of Lail Family Dentistry practicing alongside his father Dr. Wallace Lail and cousin Dr. Lisa Moss. He started his career by obtaining an Associate degree from Young Harris College and a Bachelor of Science in biology from the University of Georgia. He then earned his Doctorate of Dentistry from the University of Tennessee, Memphis.

Since the day he opened his practice in 1997, Dr. Lail has been dedicated to serving the community, whether in-office or through community involvement. He has served as president of the Gwinnett Rotary Club, chairman of the City of Duluth Alcohol Review Board, and is currently on the city of Duluth Planning and Zoning commission. He is also on the executive council of the Hinman Dental Society, a member of the Georgia Dental Association and the American Dental Association. Dr. Lail has been named numerous times in the “Best Dentist” category in Atlanta Magazine and Gwinnett Magazine, Open Care Patients Choice awards 2016, and Reader’s Choice Awards for the Gwinnett Daily Post .

Not only does Dr. Lail work in Duluth, he also lives there with his wife, Kristy, and four children: Carson, Garrett, Sidney, and Jamie. Dr. Lail and his family have a strong passion for the outdoors and spend much of their free time at his property in Hancock County, Georgia. His investment in the environment has been recognized throughout the state as his property was named Georgia Tree Farm of the Year in 2007 and won the 2008 Forest Stewardship Award. Dr. Lail himself was also named the 2007 Hancock County Conservationist of the Year.