This week, Dr. Samuel Mickelson of Inspire Sleep joins us for a discussion on obstructive sleep apnea. 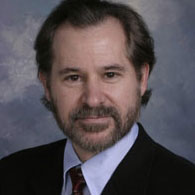 Dr. Samuel A. Mickelson earned his Bachelor’s degree with high distinction in 1978 and completed his medical degree in 1982, both at the University of Michigan. He completed his residency in Otolaryngology -Head and Neck Surgery at Henry Ford Hospital in 1987.

Following residency, he served as the Residency Training Program Director in the Department of Otolaryngology at Henry Ford Hospital from 1987 to 1996. Since 1996, he has been in Atlanta, Georgia where he is the Director of The Atlanta Snoring and Sleep Disorders Institute, Medical Director of Advanced Sleep Laboratories and physician member of Advanced Ear Nose & Throat Associates. His clinical practice focuses exclusively on the diagnosis and treatment of snoring and sleep apnea and nasal and sinus disease.

His research interests have led to publication of numerous journal articles, over a dozen book chapters and a book. Dr. Mickelson has presented hundreds of papers at local, state and national society meetings and has been an invited speaker at many instructional courses on the management of snoring and sleep apnea.