This week, Dr. Edward Dourron, a reproductive endocrinologist is in studio to discuss IVF—robotic surgery for fibroids, PCOS, and more. 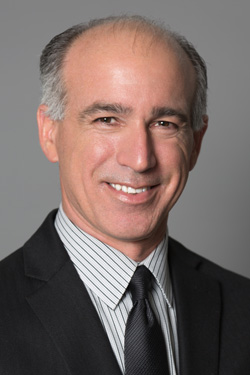 Edward Dourron, M.D. is a native of Buenos Aires, Argentina, and speaks fluent Spanish. Dr. Dourron moved to Atlanta at age seven where he graduated from Woodward Academy. He obtained a Bachelor of Science in microbiology from the University of Georgia and earned his medical degree from the Medical College of Georgia.

Dr. Dourron completed his obstetrics and gynecology residency training at William Beaumont Hospital and a fellowship in Reproductive Endocrinology and Infertility at the Washington University School of Medicine.

Prior to joining SMFI, Dr. Dourron practiced reproductive endocrinology and infertility at HRC Fertility in Newport Beach, California. His specialties include robotic surgery for myomas (fibroids) and tubal ligation reversals, including Essure reversals, surgical infertility, endometriosis, recurrent pregnancy loss and in vitro fertilization (IVF). Dr. Dourron served as the Chairman of the Department of Obstetrics and Gynecology at Hoag Memorial Hospital Presbyterian in Newport Beach, California.