Today, Spencer Smith of Poverty is Real joins us for a conversation regarding the impacts of poverty on health, and the effect healthcare has on poverty.

Spencer Smith of Poverty is Real 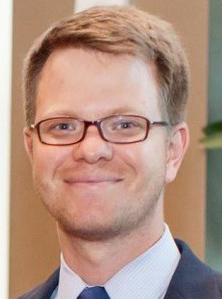 Spencer grew up in Atlanta, then went to UGA where he studied Biochemistry and Molecular Biology, graduating with honors. After working at a lab at Emory University for a year after college, he felt the call to go West, and moved to San Francisco. There, he hung out in the Mission district and wound up running a fundraising office for the 2004 election cycle. Following that, he was given a full scholarship to Michigan State University School of Law. After completing his first year, despite loving the people of Michigan, he returned home to the warm South and finished up his degree at Georgia State. He spent 5 years working at a prestigious Atlanta firm, Hall Booth Smith. A founding Board member, Spencer rolled off the Board in 2013 to become our first ever Executive Director. When not planning concerts and raising money, he enjoys playing guitar, fishing, and baking bread. He hopes to make the world’s most perfect sandwich by June of 2015 from entirely homemade ingredients.