Dr. Barry Zisholtz of Georgia Urology, in the studio. We’ll be discussing urologic health and the recent changes in the practice of medicine. 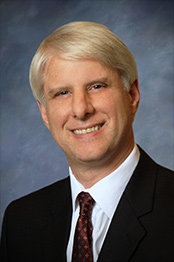 A native of Suffern, New York, Dr. Zisholtz participated in undergraduate medical research at the University of Michigan in Ann Arbor and at the Albert Einstein School of Medicine in Bronx, New York. He received his medical degree from New York Medical College in Valhalla, New York, where he was honored for his service to the institution. He was awarded a summer fellowship in pulmonary medicine at Metropolitan Hospital in New York. Dr. Zisholtz served as a surgical intern and urology resident at Beth Israel Medical Center in New York City, completing his chief residency year in June, 1988.

Dr. Zisholtz, a partner at Georgia Urology, began practicing urology in 1988, and joined Georgia Urology in 1991. He is a fellow of the American College of Surgeons, and a diplomate of the American Board of Urology. His medical staff privileges include Southern Regional Medical Center, Atlanta Medical Center, Piedmont Henry Hospital, Piedmont Fayetteville Hospital, Northside Hospital, and Anchor Hospital. Dr. Zisholtz is a member of the American Urological Association, and has served in many hospital leadership positions including vice chief and chief of surgery, and chairman of the medical staff at Southern Regional Medical Center.

Dr. Zisholtz has four children and two grandchildren and is active in his community. He has served a president of his synagogue and as a board member of various educational institutions.