These days, a plethora of health information is available to the public thanks to the Internet. The influx of information and advice, however, can make it hard to separate fact from fiction regarding certain health matters. For instance, take the argument over health risks of drinking coffee. While some believe that caffeine is detrimental to well-being, others claim that the beverage is harmless or even beneficial to our health. Everyone’s taking sides, but who is right? Will a daily dose of coffee impair your health? Let’s take a closer look at the facts. 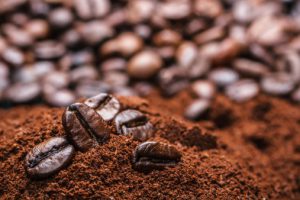 Multiple studies associate a link between coffee and negative health effects. However, it’s important to remember that not all studies are as reliable as they appear on the surface. For example, Mayo Clinic reported on a study in which they found that men who drank more than four eight-ounce cups of coffee a day had a 21 percent increase in all-cause mortality. That statistic is enough to scare any coffee drinker out of their habit. But upon closer examination, researchers found that those men who reported consuming excessive amounts of caffeine were also likely to smoke and have poor fitness. Further research has also dispelled the association of coffee consumption with pancreas cancer. When reviewing a study’s findings, remember: correlation does not always indicate causation!

According to the Harvard School of Public Health, a reputable source for this subject matter, drinking up to six cups a day of coffee is not associated with increased risk of death from any cause—including cancer and cardiovascular disease. Harvard did find that high caffeine consumption can raise blood pressure in those suffering from hypertension, and in some individuals may cause insomnia or indigestion. For this reason, certain individuals should limit their intake of caffeine, specifically pregnant women, individuals with high blood pressure, those with GERD, and those who have trouble sleeping at night.

As for the claim that coffee has certain health benefits, more research must be done before a conclusion is reached—though Dr. Rob van Dam, Assistant Professor at the Harvard School of Public Health is hopeful. Says Van Dam: “Research over the past few years suggests that coffee consumption may protect against type 2 diabetes, Parkinson’s disease, liver cancer, and liver cirrhosis. And our latest study on coffee and mortality found that people who regularly drank coffee actually had a somewhat lower risk of death from cardiovascular disease than those who rarely drank coffee.”

The bottom line: Caffeine affects different people in different ways. If you’re a heavy coffee drinker and feel your health has seen better days, try reducing your intake for a week or so to see if it affects the way you feel. Some people report feeling better after eliminating caffeinated beverages from their diet, while others feel much worse without it. It’s also important to keep in mind that when you take your coffee with a strong dose of cream and sugar or chemical sweeteners, you introduce plenty of other health risks into your diet. Nonetheless, it’s safe to say that a cup of black coffee a day won’t harm you, so if you rely on that cup of Joe to get you going in the morning, don’t feel that you need to give it up. Though Harvard implies consuming six cups each day is harmless, a good recommendation for any diet is to practice moderation. Stick to one or two cups of coffee a day and maintain a healthy exercise regimen to further counter any health risks.

Soft drinks containing caffeine are another story, but we’ll get into that next time! If you have questions about the benefits of your diet, email us at [email protected]