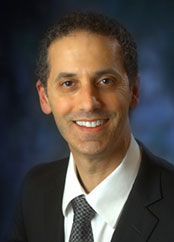 “The reason I enjoy my profession now is the same reason I chose Obstetrics and Gynecology many years ago; there is no greater joy than helping bring new life into the world.  I am grateful for all my patients of all ages for allowing me the privilege of being their physician.”  -Dr. Gary Glasser

Dr. Gary A. Glasser received his Bachelor of Arts in Anthropology from Emory University in 1984.  Dr. Glasser went on to receive his Medical Doctorate at the University of Floriday, College of Medicine, in 1988.  He completed his residency in Obstetrics and Gynecology from Emory University, School of Medicine, in 1992.  Dr. Glasser is Board Certified through the American Board of Gynecology and Obstetrics, and a fellow of the American College of Obstetricians & Gynecologists.

On a more personal note, Dr. Glasser was raised in Winter Park, Florida, and is proficient in Spanish.  Dr. Glasser is married with three children.  Dr. Glasser’s hobbies are centered around anything his children are doing—sports, recitals, etc.

To learn more about Dr. Glasser and Atlanta Gynecology and Obstetrics, visit Atlantagynob.com.