Joining us this Sunday on The Weekly Check-Up was Charles McAleer of McAleer Law.  Charles McAleer founded The McAleer Law Firm, P.C., in 2003, to devote 100% of his practice to representing plaintiffs in cases involving personal injury, workers’ compensation, and contract litigation. This week’s discussion focused on developments in health and law, Multiple Sclerosis, and BikeMS. 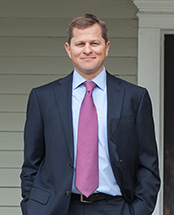 Each year, McAleer recovers millions of dollars for his clients and brings several cases to trial every year with outstanding results.

He is fluent in German. He is an avid cyclist and also enjoys fishing in his spare time.

To learn more about the Bike MS Event and to donate money to Bike MS research, please click here.