Will Draper, DVM, better known as “Dr. Will,” is a well-known small animal practitioner in the Atlanta, GA area. He grew up in Inglewood, CA before enrolling at Tuskegee University in Alabama (fourth generation) for both undergraduate and veterinary studies. After receiving his veterinary medical degree in 1991, he started practicing in Atlanta and eventually started The Village Vets practices in 2000.

In 2007, Dr. Will and his team opened Georgia’s first AAHA-accredited small animal after-hours emergency facility, Animal Emergency Center of Decatur. He and his AAHA (American Animal Hospital Association) accredited practices have been consistently honored by Atlanta magazine as “Best Vet” since 2004. He was also recently honored as one of Atlanta’s FIVE STAR Veterinarians.

Dr. Will has appeared on many local news stations, as well as CNN. He has also had his own radio segment, “Critter Chatter,” on 92.9 Dave FM’s Morning Show with Mara Davis. He is on the board of the Georgia Veterinary Medical Association and is active in many community and pet rescue organizations. He presently serves as a veterinary expert in WebMD.com’s Pet Health Community.

Dr. Stacy was honored as one of Atlanta’s “Best Vets” in the Nov. 2010 issue of Atlanta magazine” her third consecutive honor in the publication. She was also selected as a FIVE STAR Veterinarian in that same publication” an honor bestowed to only 7% of the veterinarians in the metro Atlanta area. 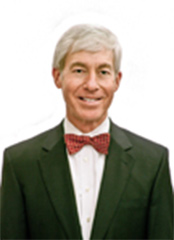 David D. Tanner, M.D., received his Bachelor of Science degree from the University of Georgia and earned his medical degree from Vanderbilt University. He completed his internship and residency at St. Louis Children’s Hospital in St. Louis, Missouri, which is affiliated with Washington University. Dr. Tanner served as Chief Resident of the hospital from 1976-1977 while completing a fellowship in Ambulatory Pediatrics. He subsequently completed a fellowship in Allergy, Asthma and Immunology at Baylor College of Medicine in Houston, Texas.

Dr. Tanner held positions on both the Board of the Medical Association of Metropolitan Atlanta, where he served as President from 1993-1994, and the Board of the Medical Association of Georgia. He is the Secretary-Treasurer of the Allergy and Immunology Society of Georgia. Dr. Tanner is an Associate Clinical Professor of Medicine in the Department of Allergy and Immunology at Emory University and serves as a volunteer at Grady Hospital’s Allergy and Asthma Clinic. Dr. Tanner was voted one of Atlanta’s top allergists in Atlanta magazine’s “Top Doctors” issue in 2012.

Dr. Tanner and his wife Leslie live in Atlanta and have three children. He stays busy helping them with their school activities, studies and sports. He occupies his leisure time with running, tennis and gardening.