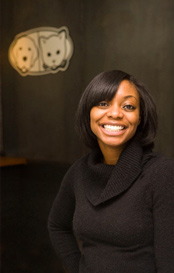 Dr. Alford grew up in College Park, GA and graduated from Westlake High School in 2001. She attended Tuskegee University and received her bachelor’s degree in Animal and Poultry Science. Upon graduation, she continued her education at Tuskegee University’s School of Veterinary Medicine, receiving her DVM in May, 2009.

Prior to vet school, Dr. Alford worked as a veterinary technician with Dr. Will at The Village Vets of Decatur.

Her personal interests include football, traveling, socializing with friends, and spending time with her fiancée, Trevor. 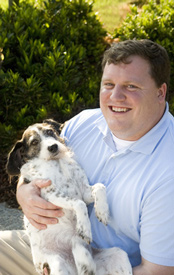 Dr. Miller was born in Anchorage, Alaska. Being a military brat, he lived in many different places before settling in Georgia. Dr. Miller graduated with high honors from the University of Georgia’s College of Veterinary Medicine in 2003. Dr. Miller was honored as one of Atlanta’s "Best Vets" in the Nov. 2010 issue of Atlanta magazine.

Prior to veterinary school, Dr. Miller worked as a technician with Dr. Will Draper in Tucker, GA.

Dr. Miller and his wife Stephanie have two children; daughter, Hailey, and son Benjamin. They also have two mixed-breed dogs, Sadie and Marty, and three cats, Leighia, Twisty, and Trinca.

He enjoys home renovation and spending time with his family. 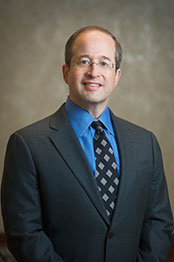 Scott Miller of Georgia Urology Having arrived in Atlanta in 1995, Dr. Scott Miller was the first urologic laparoscopist in the state of Georgia. Specializing exclusively in laparoscopic and robotic urologic surgery, he performs approximately 300 procedures of this type annually. He actively develops new surgical techniques and shares his methods and results with surgeons around the world.