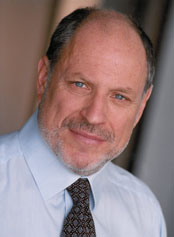 Dr. Leslie Botnick, Chief Medical Officer and Co-Founder of Vantage Oncology will discuss breast cancer treatment, including the increased use of double mastectomy. Dr. Botnick is listed in Who’s Who of Doctors in America, and was named leading physician for treatment of Breast Cancer in Good Housekeeping Magazine.

A board certified Radiation Oncologist practicing at The Center for Radiation Therapy of Beverly Hills, Dr. Botnick is Co-Founder and Chief Medical Officer of Vantage Oncology. In addition, he is the Chief Executive Officer and Founder of Valley Radiotherapy Associates Medical Group. Previously at the Beth Israel Hospital in Boston, Dr. Botnick was Medical Director of Radiation Oncology.

With more than 40 publications on Breast Cancer, Hodgkin’s disease, Head and Neck Cancer and Hematopoietic Stem Cell Repair, he is named as a leading physician for the treatment of Breast Cancer inGood Housekeeping Magazine and listed in Who’s Who of Doctors in America.  In addition, Dr. Botnick is associated with several Health Systems throughout Los Angeles, Orange and Riverside counties in California, including the nationally renowned John Wayne Cancer Institute.  His areas of expertise include: Breast, Prostate, Lung, Head and Neck, Pancreatic, and Colorectal Cancer as well as Hodgkin’s and Non-Hodgkin’s Lymphoma.

At Metropolitan Hospital in New York, he served an internship in internal medicine and did his residency at the Harvard Joint Center for Radiation Therapy in Boston where he later became Chief Resident. Dr. Botnick earned a Bachelors of Arts Degree from Brooklyn College followed by a Medical Degree from New York Medical College.