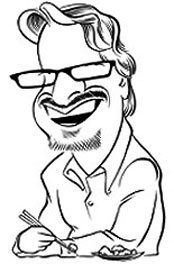 John Kessler is once again The Atlanta Journal-Constitution’s dining critic, a job he held from 1997 to 2005. In the interim he worked as a food columnist, a features writer and a profile writer for the paper. He has won a passel of awards for his writing, a couple of which he actually deserved. Kessler graduated from Williams College in Massachusetts with a degree in the History of Ideas as well as L’Academie de Cuisine culinary school near Washington, D.C. Before he learned how to hold down a job, he taught English in the Kansai region of Japan and cooked in restaurants in Washington and Denver. He has never skydived but did once fall into a Chinese sewer. He lives in Decatur with his wife, three daughters and far too many housepets. 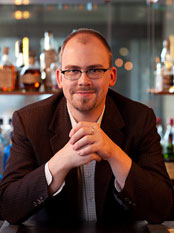 At Holeman & Finch Public House, Greg Best produces some of the most sublime concoctions in the city, armed with an old-fashioned seltzer bottle, a near-encyclopedic knowledge of the spirit world and shelves stocked with a dizzying array of rye whiskeys, Dutch genevers and Czech herbal bitters.

Perfectionist Best makes his own simple syrup, tonic water and even a lavender infusion that takes two weeks to steep.

Originally hailing from New York’s Hudson Valley, Best has been working in the restaurant and bar scene for about 12 years. He has been oft credited with “kick-starting” the craft cocktail scene in Atlanta with his work behind the bar at Restaurant Eugene. His role at Atlanta’s Holeman and Finch Public House has earned him numerous accolades such as GQ magazine’s “Top Ten Cocktail Bars in the Country” and Playboy Magazine’s “Top Ten American Mixologists.”

Most of Greg’s free time is spent hunting down boutique spirits and up-and-coming American distillers to celebrate at his H&F Bottle Shop and writing a cocktail column for Atlanta’s Creative Loafing weekly newspaper. An active member of the Southern Foodways Alliance and the United States Bartender’s Guild Atlanta Chapter, Best has officially decided that the South is his home. 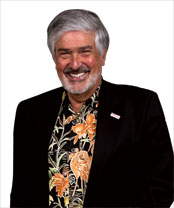 Dr. Thomas A. Marsland is board certified in medical oncology and internal medicine and practices at the Cancer Specialists of North Florida Fleming Island and Orange Park Cancer Centers.

Dr. Marsland’s areas of special interest include lung and prostate cancer. He is closely following new developing in both areas, both the current clinical trials for lung cancer and the new science for prostate cancer.

Dr. Marsland is optimistic about the future of cancer treatments, especially in the areas called target therapy and personalized care.

Personalized care is a term for care that is tailored to the biology of individual patients and their cancers. Since there are more than 200 types of cancer, understanding the molecular basis of each is a critical step toward personalizing cancer care.

Dr. Marsland credits his “great patients” for his continuing commitment to the field of medical oncology, and his goal is to help improve and change their lives.

A native of Massachusetts, Dr. Marsland enjoys the warm Florida climate. When he’s not in Jacksonville, his favorite retreat is an island in the Caribbean.