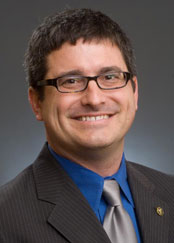 Matthew Liao-Troth is the fourth Dean of the J. Whitney Bunting College of Business at Georgia College & State University. In this role he leads the college in its mission to "foster the development of capable business professionals who are responsible citizens grounded in a liberal arts education." The college has approximately 1200 undergraduate students and more than 200 graduate students in a variety of business specialties. It was the second school in the University System of Georgia to offer the MBA, and the first to offer the Master of Management Information Systems. Since his arrival the undergraduate business programs have climbed in the US News rankings 30 positions to tie with prominent private peer universities such as Elon and Stetson, and CEO Magazine has twice ranked the Georgia WebMBA® “Tier 1” among the top 26 in the world. He was recruited into this position from Western Washington University, in Bellingham, WA.

At Western Washington University Professor Liao-Troth served as Management Department Chair, MBA Programs Director and Graduate Programs Director in the College of Business and Economics, and as Faculty Senate President for the university. He was twice awarded the MBA "Professor of the Year" for his teaching the management of organizations and people, negotiation and labor relations, and organizational power and politics. At Western Washington University he also received the "Dean’s Research Award" for his work on the psychological contract of volunteers.

Dean Liao-Troth’s scholarship focuses on the relationship between individuals and organizations; he has authored over three-dozen published articles and edited the book Challenges in Volunteer Management, which is widely used in graduate degree programs. He has also served as the head of his academic association, the Public and Nonprofit Division of the Academy of Management.

In his personal life, Dr. Liao-Troth is happily married with two daughters. His primary hobby is Italian motor scooters. 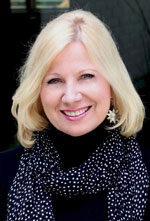 Dr. Lenz is a member of the American Association of Hospice and Palliative Medicine, the American Pain Society, and the Georgia Society of Clinical Oncology. She is also the founder and immediate past president of the Magic of Life Foundation, Inc. She is founder and serves on the medical advisory board of Longleaf Hospice.

How many MD/MBA dual degree programs 20yrs ago, 10yrs ago 5, and today?

How many doctors are currently believed to have an MBA?

Is there any business training in the regular med school curriculum?

What percent of U.S. physicians practice in a private practice (small business)?

Current average debt carried by a doctor starting their career?