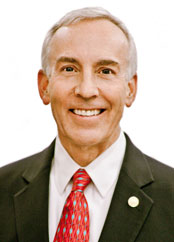 There may be a (pollen) grain of truth to the idea behind it, but eating honey and the pollens it’s made from won’t fix your seasonal allergies.
"The notion is that pollen causes allergy, and honey is made from pollen. Perhaps if you took the pollen and ingested it … then it might somehow build up a tolerance," said Douglas Leavengood, an allergist at Gulf Coast Asthma and Allergy in Biloxi, Miss.
The problem with that thinking, said Leavengood, is that the pollens creating allergy problems aren’t the ones bees use for honey.

There’s no strong evidence to support the theory that a child will develop allergies after early exposure to allergens because of the mother’s diet during pregnancy or while breast-feeding, but it’s a possibility that may need to be researched further.
"Food allergens do cross the placenta and into the breast milk," said Michael Daines, a pediatric allergist at the University of Arizona and expert for the ABC News OnCall+ Allergy section. "There is some small benefit to avoiding the very allergenic foods during pregnancy and lactation."
On the other hand, eating a regular diet could stem an allergy. Resnick pointed out that in Israel, mothers do not avoid peanuts or peanut butter and there are fewer peanut allergies in that country, though there is no strong research to support a direct relationship.
By contrast, American mothers who already have children with allergies might be advised to avoid specific foods during a later pregnancy, based on the theory that the baby will not become allergic this way. However, peanut allergies in the United States have been rising dramatically in the last decade.
So while no strong evidence exists that eating these foods during pregnancy and breast-feeding causes problems, more concerned mothers can take that extra step.

"Your allergies will follow you, no matter where you go," said Dr. Dan Dalan, an allergist in Fargo, N.D., who is a clinical associate professor at the University of North Dakota School of Medicine.
That means some allergies might be relieved by moving to a different climate, but you may also discover that you have other allergies to your new home.

Myth: Asthma is "all in the mind."

"Some people have allergic symptoms in their mouth when they eat certain fruits and vegetables that are fresh but not when they’re cooked. And that’s very interesting — we call that oral allergy syndrome," Liu said.
The reason, Liu explained, is that cooking destroys the problematic allergens in these foods.
"In the fresh state, they cause allergic symptoms usually limited to the mouth, but sometimes it can also affect breathing," he said. "But when those fruits or vegetables are cooked, then the allergens are broken down, and they no longer cause symptoms."
This is also the case with food oils. A person with a soy, corn or safflower allergy is unlikely to be allergic to soy, corn or safflower oils because the processing and purification breaks down the allergens. However, because peanut oil is typically less processed, it is still a potential allergen for a person with peanut allergies.