To commemorate the tenth anniversary of 9/11, The Weekly Check-Up will be hosting a special examination of the sacrifices service men and women make and how it can affect them long after their return to the home front. We will discuss Post Traumatic Stress Disorders, the lingering health effects of the terrorist attacks, and what two men are doing to raise awareness. 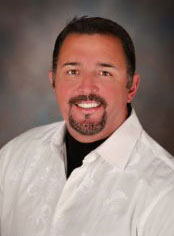 Dr. Howard E. Wasdin is a former Navy SEAL Team Six member and co-author of SEAL Team Six: Memoirs of an Elite Navy Seal Sniper. He was awarded the Silver Star for his actions during the Battle of Mogadishu.

Every year about 1,000 candidates sign up for Basic Underwater Demolition/Selection (BUD/S) Training. About 75-80% of the men never complete the notoriously brutal course. The ones who do become members of the Navy’s elite special operations force: the Navy SEALS. As a member of Team Six, Wasdin was trained to conduct the military’s most dangerous counterterrorism missions. This spring, the Team was responsible for the successful assassination of Osama Bin Laden.

Wasdin graduated with BUD/S Class 143 and was a top sniper on Team Six. He was awarded a Silver Star for his involvement in the Battle of Mogadishu in 1993, where he nearly lost both legs. SEAL Team Six is an extremely rare insider account of SEAL training, what it takes to earn a place among America’s elite warriors, and what it means to be one. Since its publication in May 2011, it has become a New York Times bestseller.

He was a member of the US Navy for twelve years before retiring due to injuries sustained in Somalia and lives with his wife and daughter in Georgia, where he is a chiropractor. 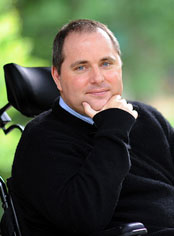 Ross Mason created HINRI (the Healthcare Institute for Neuro-Recovery and Innovation) Ventures, HINRI Labs, and the HINRI Foundation in August 2007, after a bicycle accident left him paralyzed from the collarbones down. He is the Vice-Chairman of the Georgia Department of Community Health Board, and Chairman of the Georgia Free Clinic Network, which provided free medical care to 150,000 homeless, indigent, and uninsured Georgians in 2008, and saved the state almost $500 million.

Ross is a healthcare entrepreneur, investor, and former strategic advisor to Volkswagen’s Healthcare Venture Accelerator Fund, which invested 280 million Euros in 90 companies, including 30 early stage healthcare companies. He first became interested in healthcare after working in an AIDS hospital in Zambia. Ross graduated from Georgia Tech with a degree in Industrial Engineering and the Wharton School, with an MBA in Finance.

The nonprofit Healthcare Institute for Neuro-Recovery and Innovation (HINRI), provides free venture capital services to early stage nonprofits. The organizations that HINRI partners with must be committed to being a national or international leader in health care innovation. Mason has a special focus on raising funds for brain and spinal treatments for veterans.

One of the organizations that HINRI supports is Georgia-based Warrior 2 Citizen. The Warrior to Citizen mission is to help returning soldiers and their family’s transition from the front lines to the home front and deal with symptoms of post-traumatic stress.

Warrior to Citizen’s goal is to help soldiers face a variety of social, economic and mental conflicts that may arise after they return stateside and ensure any assistance or counseling is offered before trouble turns into tragedy.