This Sunday we’re talking music and medicine. From understanding how music
is used as a form of therapy for neurological and cognitive disorders, all
the way to how popular music influences our lifestyle choices, to the best
songs about doctors. With guests Josh Jackson of Paste Magazine, Beth
Collier of Children’s Healthcare of Atlanta, and Dr. Scott Miller of
ProstAware, we’ll examine the fascinating relationship between music and
medicine. 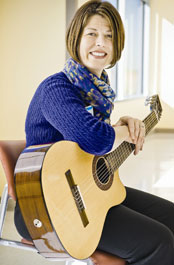 Beth splits her time between two campuses, seeing patients with cancer or a blood disorder. The rattle of Beth’s instrument cart heralds her arrival on the third floor. The tools of her trade—bongos, maracas, an iPod, a keyboard—remain silent while she meets with caregivers to review patients’ information.

“Music has so many therapeutic elements—organizing movement, sharpening concentration, easing pain, improving motivation,” she says. “And it’s a lot of fun.”

Beth visits those with pain or coping problems, as well as problems with speech. “Music can complement speech therapy by establishing alternative language pathways in the brain,” Beth explains. “This is what inspires me—sharing music with kids and families. It uplifts us both.”

Beth ends her days on a high note, in rehearsal; she’s a violinist with the Cobb Symphony Orchestra. “Music touches us all in different ways. Whether it’s in a clinical setting or simply for relaxation, music soothes the mind, body and spirit.”

Josh Jackson is co-founder and editor-in-chief of Paste

Under his editorial leadership, Paste has been named “Magazine of the Year” three consecutive years by the Plug Awards and two consecutive years by the GAMMA Awards. It was also nominated for the National Magazine Award for General Excellence each of the last three years and was twice listed among the 50 Best Magazines by The Chicago Tribune. Jackson has been named one of min magazine’s 21 Most Intriguing People in the Magazine Industry, one of Relevant magazine’s 12 Revolutionaries and one of Georgia Trends’ 40 Under 40 and received the 2009 Henry W. Grady Award from the University of Georgia’s Grady School of Journalism, where he graduated with a special focus on magazines. He’s served as a regular music and film critic for CNN Headline News and Atlanta radio stations Dave-FM and WMLB and has written over 100 pieces for Paste, including four cover stories. He served for two years on the board for the Magazine Association of the Southeast and currently serves on the board for Meet Justice, a non-profit combating human trafficking and child sexual exploitation, the Independent Magazines advisory board for the Magazine Publishers Association, and the Grady Alumni Board. Prior to launching Paste, Jackson served as communications director for the Luke Society and freelance writer and photographer, covering assignments on six continents. He lives in Decatur, Ga., with his wife, Lori, and their three children. 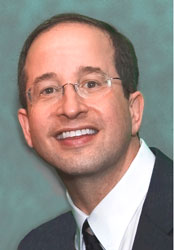 Having arrived in Atlanta in 1995, Dr. Scott Miller was the first urologic laparoscopist in the state of Georgia. Specializing exclusively in laparoscopic and robotic urologic surgery, he performs approximately 300 procedures of this type annually. He actively develops new surgical techniques and shares his methods and results with surgeons around the world.